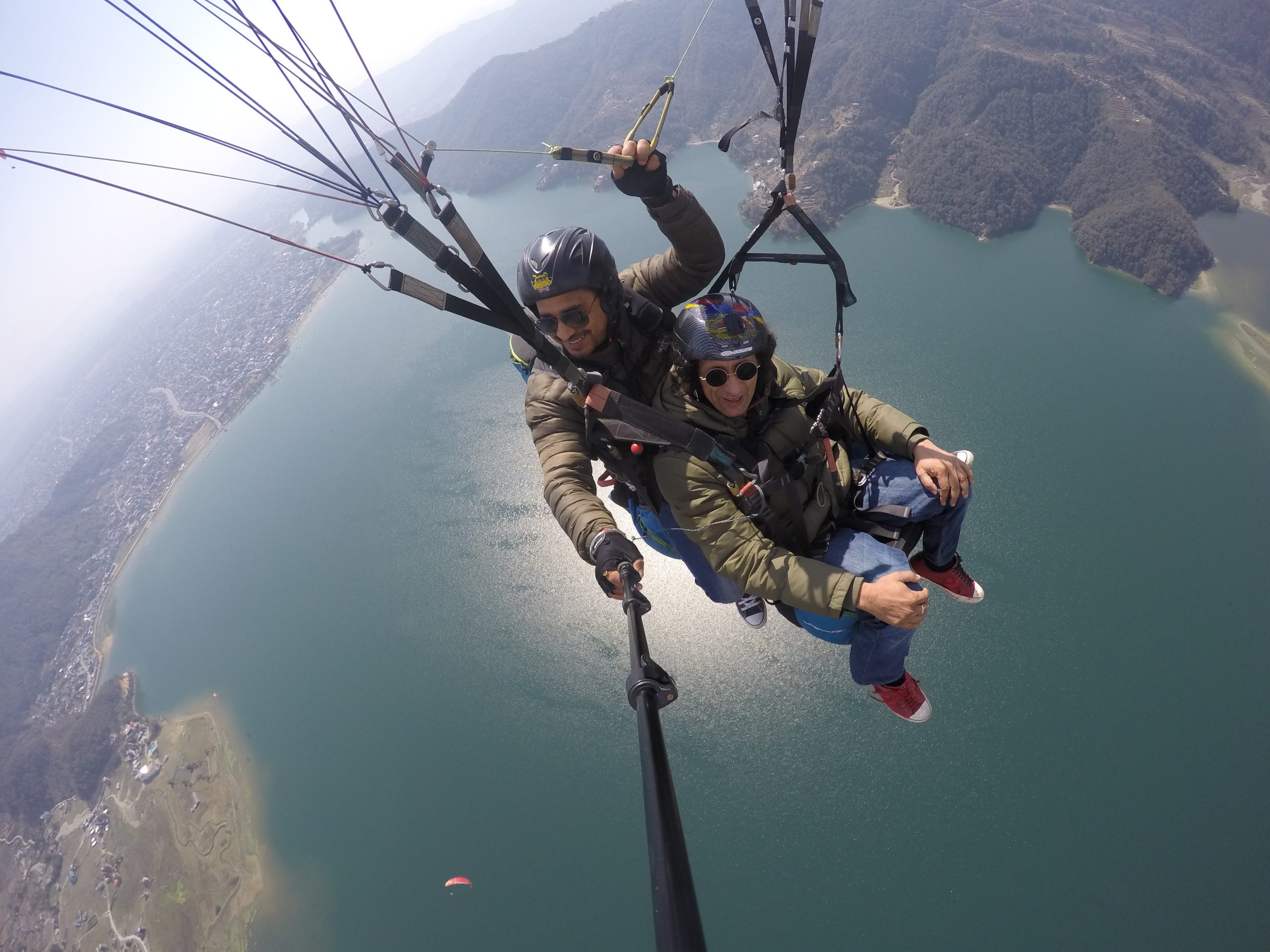 Alike any other flight in a glider Tandem flying involves a pilot flying with a passenger. Both of them have separate harnesses that are attached to each other and the wing. Paragliding harnesses are designed and build in such a ways that both the pilot and the passenger feel more like an armchair. The passenger is positioned in such a way that s/he feels relaxed and even taking pictures is not a problem. Paragliders can foot launch and gently foot land again and are very portable. We can take them anywhere and fly from most mountains in Nepal.

After a jeep ride of around 25 minutes from Pokhara uphill to Toripani viewpoint, 1650m. above sea level we start our unforgettable adventure. From this point a clear, mesmerizing and a fascinating three mountains namely Dhaulagiri, Annapurna and Manaslu (All above 8000 m) as well as Phewa Lake and Pokhara city can be viewed.

We take off from Toripani above the thermal temperature, fly along the untouched ridges of trees, villages and often hear shouts from below as people stare with wonder at these bird-men circling above them. We end the flight with a glide over the lake, and return via jeep to our main office in Lakeside.

If you want to explore more of flying than this could be the best option for you. With the changing atmosphere and the environment, flying routes changes accordingly throughout the days. There is the possibility of rising along the long edge leading down the valley across Phewa Lake, with the Annapurna range to your right. Other days over the valley we fly directly at these stunning 6,000 m + peaks and will land near the lake where the jeep will be waiting to take us back to our office in Lakeside.

This flight will leave you breathless and also give you an amazing lifetime experience especially if you dare for an adventure. The biggest shot of adrenaline in the Himalayas! See what our world class acro pilots can do with a wing as you loop, spin and spiral through the air. Performing maneuvers called “Helicopter”, , “SAT”, “Back-fly”, “Tumble” and “Wingover”

Some Information for your kind acknowledgement! Before Paragliding Starts

Get all latest content delivered to your email a few times a month.